An expansion motor is a device that creates rotary motion or ‘shaft power’ by harnessing the expansive force of certain types of gases; usually combustion gases, steam or compressed air. It is the foundation of all types of internal or external combustion heat engines; the most commonly used expander being the familiar piston-in-cylinder type. Perhaps surprisingly, this principle pre-dates the first steam engine built in 1710 by Thomas Newcomen of Dartmouth by about 50 years. It was an inventive Dutch artilleryman by the name of Huygens who demonstrated the first simple form of reciprocating piston engine based on an adapted canon and using small charges of gunpowder as fuel.

Today, and with few exceptions, all engines are based on either the piston type of expander or the turbine; which is essentially a refined form of ‘enclosed windmill’. Despite this reliance on just two types, there are in fact an extraordinary wide variety of ingenious expander concepts that have been invented over past centuries, though few have proven practical when developed as engines; one notable example being the rotary Wankel engine (pronounced ‘Vankel’) Most expander designs rely on closely fitting machined parts that slide or rotate with the aid of a thin film of oil, and it is this need for lubrication that can cause cross-contamination problems, particularly when applied to condensing steam engines. Water gets in the oil, and oil gets in the water, and this highly problematic issue has plagued steam engine designers for the past century and has largely resulted in their common demise (internally baked-on oil deposits cause  progressive failure of the mono-tube boiler coil). This is why all modern condensing steam engines use lubricant-free turbine expanders. However, despite their high efficiency, turbines are costly to manufacture, have poor starting-torque power characteristics and have a distinctive and unpleasant high-pitch whine (difficult to suppress). As consequence, steam power has now generally become limited to industrial scale use, such as for electricity generation and ocean-going ships. 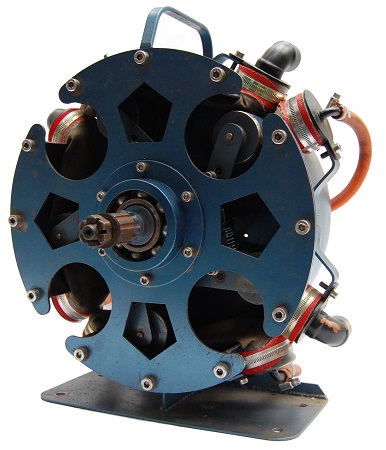 Our most recent MK7 prototype motor

Our motor could be described as a non-contaminating, positive displacement rotary expander that gives exceptionally high torque at relatively low r.p.m. The purpose of our MK7 experimental motor, and those that preceded it, was to establish if an adaptation of the peristaltic pump concept could be developed into an effective expansion motor. The peristaltic pump is both well known and widely used in industry for ‘fluid transfer’ without contamination. The reversal of this pump concept into an expander may not appear practical, given that, as a pump, it is not efficient because of high internal friction. Longevity of the flexible ‘displacement tubes’ would also seem an obvious limiting factor. Our in-depth practical experiments have thus far indicated that such intuitive preconceptions are by no means the case here; quite the opposite it would seem… 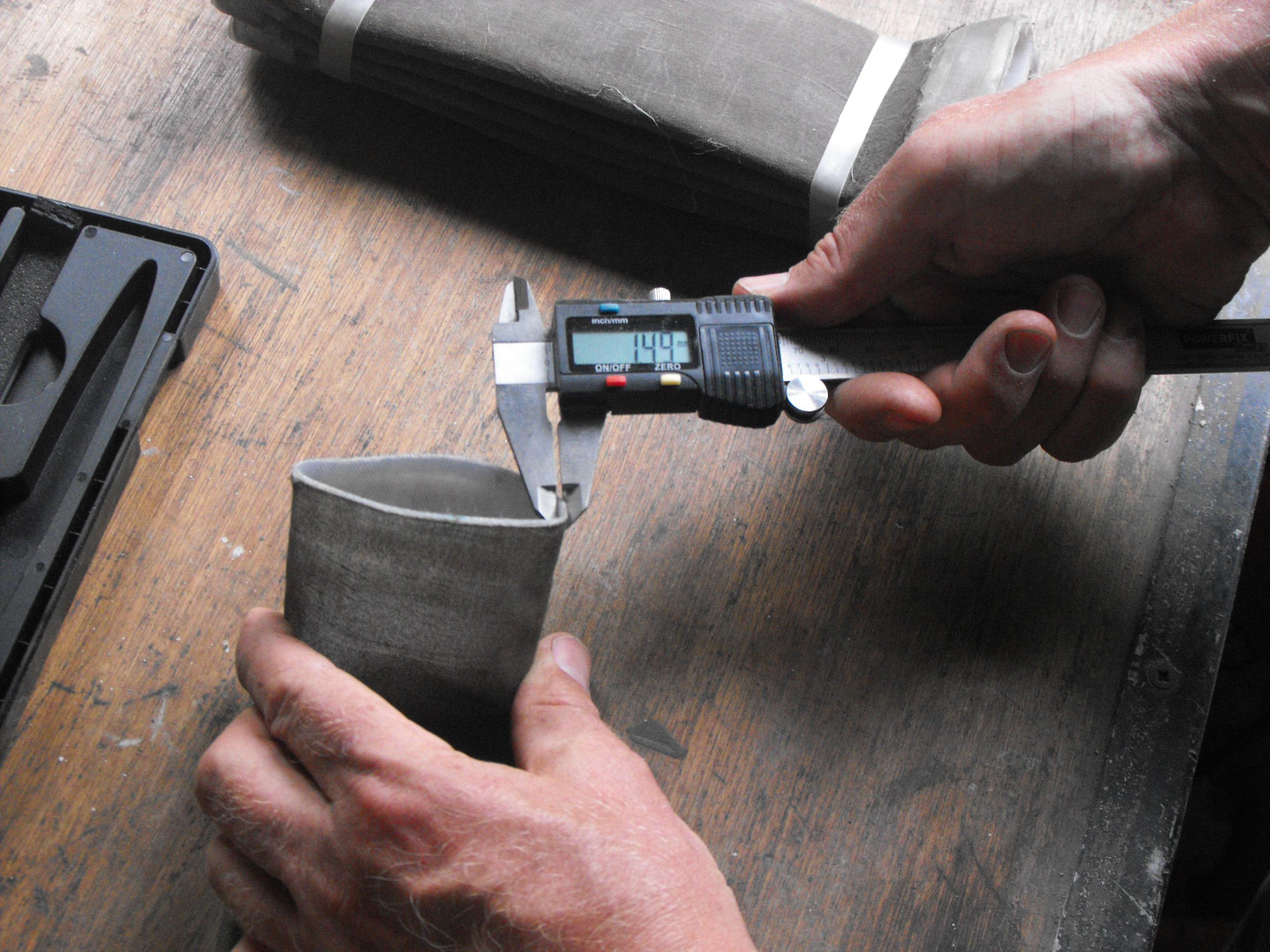 Our early experimental motors used short lengths of ‘lay-flat’ fire-hose as displacement tubes or ‘muscles’, as we refer to them. As we progressively developed the motor concept, we found that more supple muscles were needed to improve motor performance so we began to custom fabricate our own. We now use silicone rubber tubing reinforced with high-tensile nylon fibres, with a wall thickness of just 1.5mm. Each tube takes approx 1 hour to hand make on our special former, and cost about £1 in materials costs. Despite their apparent ‘flimsiness’, these tubes perform extremely well and seem to defy destruction; despite our concerted efforts to do so…

The unique internal geometry design of our motor gives an extraordinarily high number of power strokes per revolution; in the case of our MK7 motor, it has 20. This results in a very smooth power output (even at very low speeds), with high starting torque in any position. (to give perspective here, a typical 4 cylinder car engine has just 2 power strokes per engine revolution and as consequence needs to be relatively high revving to develop power). This inherently high number of power strokes/rev feature of our motor results in a relatively low loading on each displacement tube at any one moment, hence the long life of the thin-walled tubes. The muscles themselves are intended to ‘take the wear’ and be easily replaceable service parts , and after the muscles, there’s little else on the motor to wear out.

Our MK 7 prototype develops approx 750 watts (1.0 HP) of shaft power given a feed pressure of just 110psi; a figure that could yet be improved with further development for higher pressures. The motor efficiency (measured in Cu Ft/Min/HP) we calculate to be comparable to that of a piston-in-cylinder type expander, yet it has far lower mechanical complexity (the rotor assembly being the only moving part). It is clean and easy to maintain and has no lubrication cross-contamination issues; aside from bearings, it requires no oil.

We have yet to establish the physical limits of the motor (e.g. it’s maximum operating pressure/maximum power output) as this can only be done by ‘testing to destruction’ which is impractical for us to do at this stage. There are also many interesting design variants for this motor concept we are keen to explore that may further improve its performance and suitability for specific roles. Given that silicone rubber has a high thermal tolerance of up to 300°C, we believe that this type of motor will prove ideal for use with steam power, and in a way that gives specific advantages over both piston-in-cylinder and turbine-based expanders; particularly for smaller engines. Preliminary static steam testing of the mk7 motor done in January/February 2014 appeared to confirm this, but further and more extensive steam trials are now required.

The MK7 motor was built in 2012 at our Zennor workshops using a combination of adapted parts, laser cut parts and individually machined components. It has proven to be extremely reliable, has exceeded our performance expectations and is still undergoing trials.

This video compilation shows early ‘archive’ footage of us testing motors during development.