Schematic diagram of the Rankine cycle

Our engine will be based on the Rankine condensing cycle, which was initially developed over 120 years ago for the London underground, where steam emissions from subterranean locomotives was not practical. When an engine’s spent steam is slightly cooled back into water in a condenser, it can be recycled by pumping it immediately back into the boiler whilst still relatively hot; thus saving energy. As this ‘closed-loop’ system was further developed it quickly became apparent that a different and much smaller boiler could be used. This led to the development of the simple ‘mono-tube’ boiler; a long coil of tubing which now held a fraction of the water as the ‘chest’ boilers of the older locos. As consequence, condensing engines became more than twice as fuel efficient with the bonus of needing only a very short warm-up period. 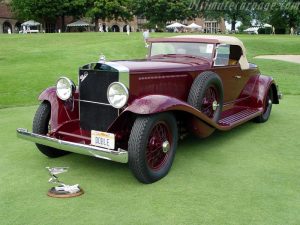 During the late 19th century, whisky distillation techniques were being applied to the crude oil deposits found in America and a petroleum substitute for whale oil lamps now began to be manufactured. Paraffin (kerosene), and it’s by-product petrol were now becoming cheaper and more widely available and many condensing steam powered road vehicles began to be manufactured that could now run on these liquid petroleum fuels. Steam powered cars (like the Doble steam car pictured left) and trucks and buses based on the Rankine cycle were in common use up until the 1930’s.

Why steam vehicles disappeared from the roads.

Despite steam powered vehicles having comparable power and fuel economy to the early internal combustion engined variants, they did have a few technical problems. The most prevalent of these being that they needed special and frequent maintenance to prevent the inside of the mono-tube and condenser from becoming fouled by oil, as this would result in a progressive drop-off in power and efficiency. This problem was due to the necessary use of lubrication in the piston engine; the oil continually being ‘steam cleaned’ off the cylinder walls resulting in the contamination of steam condensate. This represented a major technical flaw in the concept of the piston-based condensing engine and led to its demise for vehicular use. The lower-maintenance internal combustion engine swiftly became the dominant engine type for transportation and it was Henry Ford’s mass-production techniques with his model ‘T’ that ushered in the new regime.

We believe we may have solved the problem of condensate contamination with the development of our new lubricant-free rotary expansion motor, but this aside, there are other reasons for us to be interested in building a Rankine cycle engine. There have been new developments and ‘breakthroughs’ in materials and manufacturing technologies in the years that it has been out of common use and we believe there are yet many new ways that this engine type could be further developed. We have our own particular ideas in this respect, but we are by no means alone in seeing the potential of the condensing engine. To give example here, both a German company called Enginion and an American company known as Cyclone Power Technologies have been developing new versions of the Rankine cycle engine with impressive results. Enginion are claiming a thermal efficiency of 32% (almost as high as a modern car’s diesel engine), whilst the American version uses an ingenious ultra high pressure water feed system that results in a warm-up period of less than half a minute. In both cases however, these prototype engines are still restricted to the use of liquid fuels.