A simple and inexpensive test vehicle (known as a ‘mule’) is much more fun than bench testing a static engine, but more importantly it can give a wealth of useful performance data which is essential for continued development. 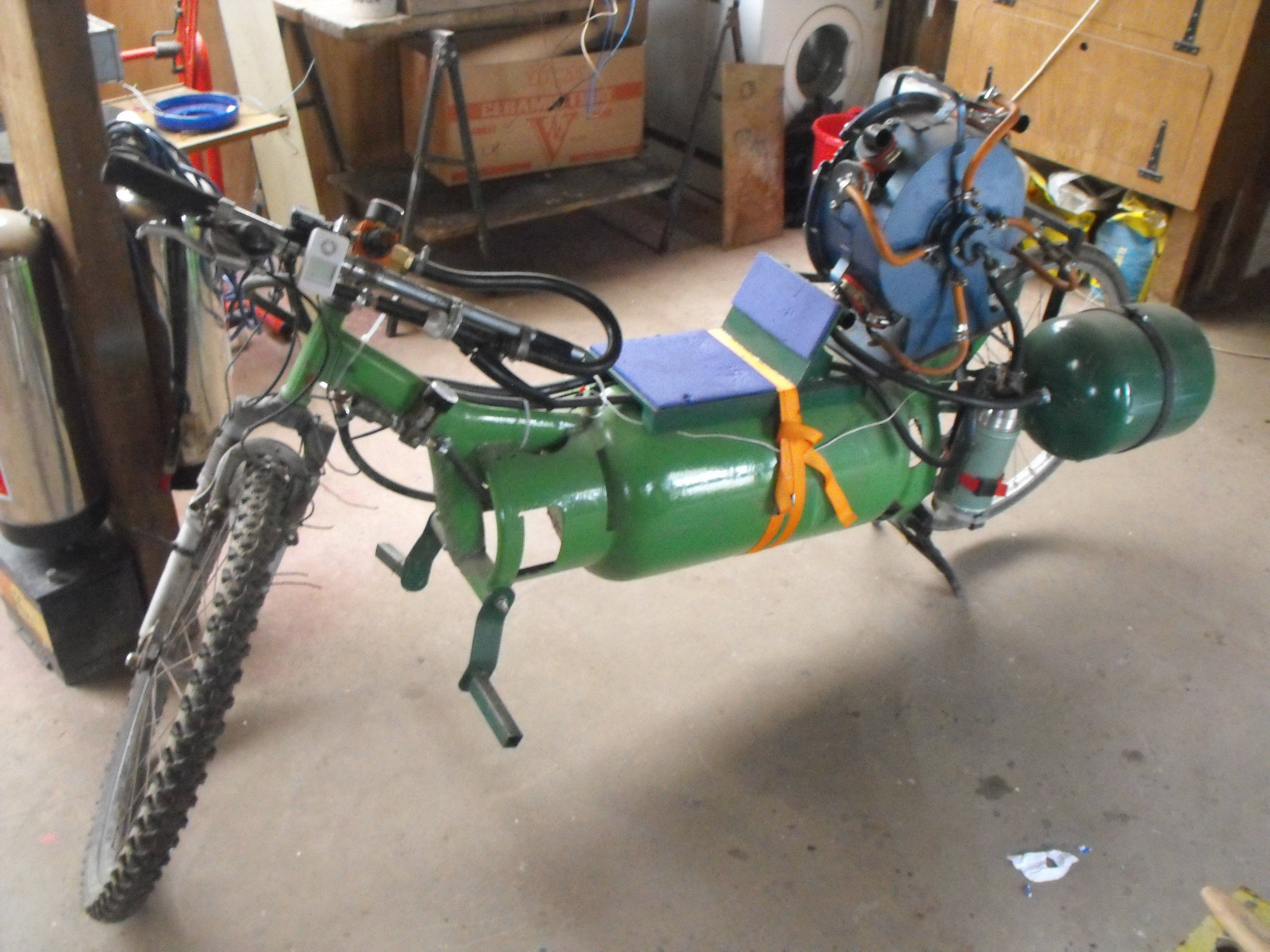 Our compressed air ‘mule’. A useful tool for testing purposes, ungainly in appearance, and shortly due to be retired.

This is our only test vehicle at present. It was knocked up from an old gas bottle (as compressed air tank) with a mountain bike cut in half and welded on either end, and was originally built to test our MK6 motor. The results showed we had an effective motor but that it was underpowered for the bike, so we carefully redesigned and built a much improved MK7 motor (seen fitted here). This motor has four times more power than our MK6, but uses twice as much air, so we had to fit extra ‘booster’ air tanks at the back.

Although our super-low budget mule has been fantastic for testing and trials of our motor concept, it is overweight, has a high centre of gravity and only stores a relatively small amount of air. (70 litres at 130psi). Consequently it’s range between charging is only a few hundred metres. It also looks pretty ridiculous, but we’re not too bothered about cosmetics at this early stage.

We’ve been thinking for some time now that a recumbent trike would be much more suitable for test purposes. It’s capacity for adaptation and the fitting of extraneous ‘bits and bobs’ would be much better than a bike. And we wouldn’t need a stand to tinker or check the motor (which happens a lot during test runs).

As we started working on our steam engine design, we realised that there were different ways to compress the air needed for the gasification burner. Normally an engine will ‘make it’s own air’ but it occurred to us that manually pumping air using leg power would be a very simple and practical solution, whilst also offering a novel method of ‘throttle control’. This again pointed to the need for a new test vehicle, with a trike being the preferred and more appropriate option.

Every time we design and build something we try to make it as simple as possible, and we intend to do the same here. We do expect to be fitting a whole range of sensors, gauges and the like for monitoring the engine, so it will still look a tad ‘eccentric’ when finished. However, we hope that at the end of the project we’ll have ‘proof of concept’ of a workable machine. Exactly what final form it will take we have yet to find out. 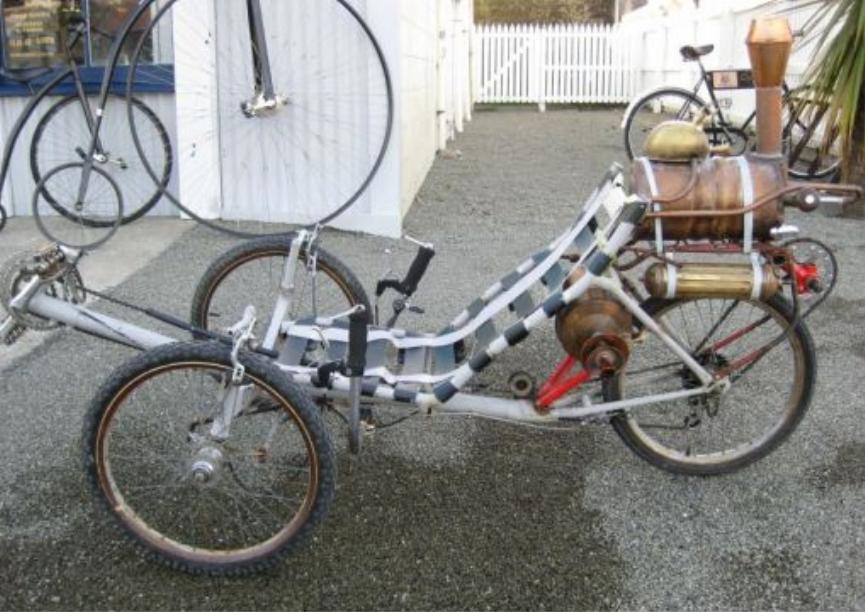 We found this image of a steam powered trike, as far as we know it is not an actual working engine, but rather a piece of ‘steampunk’ artwork…If anyone has more information about this funky piece of work, then we’d love to know more!

Critics may dismiss this project as just a few eccentrics wanting to build a steam powered go-kart, however we see the trike as a tool for testing our engine concept, and in the most cost-effective and time-effective way. If anyone can think of a better way to do this, please tell us.