If you happen to live in the far west of Cornwall, as we do, then it’s difficult to not be aware of steam power: the evidence of its origins crops up everywhere you go on this small peninsular. Scattered around the cliff-tops and wind-swept hills of Penwith are the picturesquely crumbling remains of the old granite engine houses that once powered the mines; relics from the early days of the Industrial Revolution. 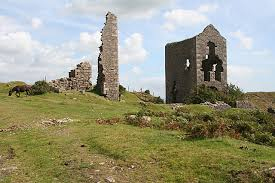 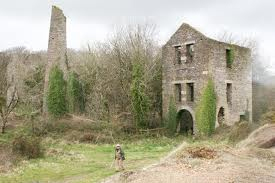 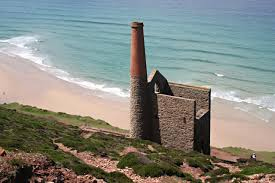 The demand for tin and copper in the 18th and 19th Centuries was so strong that ‘hard rock’ mining techniques became highly advanced here. In parallel with this came the development of the high pressure steam engine by Cornish mine engineer Richard Trevithick, and few inventions have had such a profound effect in shaping our modern world. Trevithick’s breakthrough in 1802 considerably improved both the power and the thermal efficiency of engines, which sparked a period of prolific engine development and manufacture for powering industry and transport. This development has branched, twisted and turned through to the present day, when many industrialized countries such as Britain now have a higher population of ‘engines’ than they do of people – albeit that they are now mostly of the ‘steam-less’ variety. In Britain alone, there are some 35 million motor cars.

So, is the world suffering from an ‘engine problem’?

Some might argue that humanity has been ‘painting itself into an ecological corner’ with environmentally inappropriate engine technology, so it’s perhaps worth being reminded about how and why this all started. The very first practical working engine was built in about 1710 by an inventive Devonshire ironmonger named Thomas Newcomen of Dartmouth. His so called ‘Fire engine’ was designed to drive the drainage pump at Breage tin mine (Wheal Vor) in West Cornwall. This awe inspiring early machine that culd turn fire into mechanical power performed well but had an extremely poor thermal efficiency of about 0.5%, giving it a huge appetite for fuel. This posed a problem in that local wood resources were very limited, and mineral coal was not yet cheap nor widely available, and particularly not so in Cornwall. 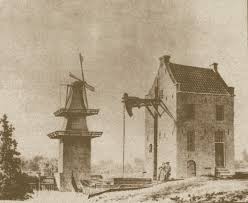 The Breage steam engine was not cost effective fuel-wise and became a commercial failure, and it wasn’t until Newcomen took his pumping engine to the Dudley Castle coal pit in Staffordshire some years later that it became a profitable venture. There it could be fueled with the unsellable small dusty ‘slack’ coal from the mine, and the appallingly low efficiency of the engine was far less of a problem. Once coupled with the cheap energy of coal, steam power had a promising commercial future, especially as it became apparent that, if you could dig deep enough (and with steam power this was now possible), the coal deposits beneath Britain were seemingly inexhaustible. At the start of coal mining in Britain, they are estimated to have been as large as the oil fields of Saudi Arabia.

Inefficient early steam power got what it needed: cheap abundant fuel, and the coal pit owners got what they needed: a coal fuelled machine to power the coal mining process itself, and this mutually assisting ‘union’ between steam and coal has now lasted for 300 years. It would seem that when Newcomen’s first engine was used with coal it initiated a ‘feed-back’ loop that, from an ecological perspective, has subsequently spiraled out of control. The burning of coal is still the largest contributor of unbalanced CO2 emissions. 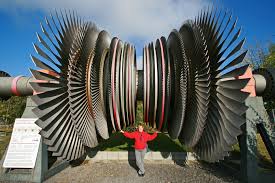 Despite the fact that modern steam power has now evolved to become hidden from common view, it is still the major power source of industry today. 85% of the world’s electricity is made by steam turbine plants, mostly fuelled by coal. Therefore, the screen that you are gazing at now is indirectly and partly steam/coal powered, as are all mains-fed electrical devices. Ironically, this also includes the electric trains that have supposedly ‘superseded’ coal fired steam locomotives. As for the more recent arrivals of piston and turbine based internal combustion engines fuelled by liquid petroleum (developed from steam engine technology), the use of these too seems to have spiraled out of control in much the same way.

Collectively, engines are now the world’s largest consumers of fossil-fuels and have themselves been the primary enablers for the establishment of other non-engine markets for coal and oil, thus further compounding this ‘burning’ issue. The answer to this global problem of ecologically unbalanced CO2 emissions is to now start moving towards using renewable forms of energy, and use them far more efficiently than we have been using fossil energy. Growing wood again as fuel is now considered an important part of this transition to a secure and sustainable energy future, yet engine technology has not been highly developed for use with this fuel.

Renewable energy cannot simply exchange places with fossil energy; it requires a new technical approach and a different mindset, which may at times be at odds with our present ways of understanding energy use. The existing model of industrial scale centralised power generation using steam turbine engine technology may have worked well with coal, but is it the right approach for wood-fuel? We think not, since wood is diffuse by nature. To use sustainably grown wood effectively, the ‘point of use’ also needs to be distributed, and this means we need ‘small engines’ for locally sourced fuel.

One avenue where relatively small wood-fuelled steam power is already making a return is as ‘combined heat and power’ units (CHPs). A condensing engine equipped with heat recovery can use most of the waste heat from the engine for heating water, whilst the shaft power can be used to generate electricity. In this respect the system as a whole can be considered close to 100% thermally efficient and CHP steam units are thus ideal for schools, office buildings etc. where both heat and power are required at moderate scale.

In terms of efficient renewable energy use, CHP units clearly make sense, however, they are generally still semi-industrial in scale, employ engine technology based on late 19thC piston based steam-power and are expensive. What we aim to do is build a very simple but modernised small engine based on our own innovative sub-components and designed to perform useful work. The Zennor Phoenix project will be our first attempt to build a micro wood fuelled condensing steam engine of one horse power; just enough to power something of ‘moped’ size and which we can trial in a modified recumbent trike. If we are successful, we will be helping to pave the way for small and affordable steam power systems that can enable the use of locally grown wood fuels, scrap wood, brash, crop residues, garden waste etc. Globally speaking, the energy potential of biomass fuel is approximately equivalent to our present overall fossil-fuel consumption, but it is an energy source that needs to be used wisely, carefully and efficiently.

In essence, we’re investigating the feasibility of an evolutionary path that commercial steam power never took, because from it’s very outset, it was on an industrial scale, was highly inefficient and then ironically sited for its first practical application where wood was extremely limited; a quirk of geography and geology that subsequently led to its early connection with the seemingly ‘limitless’ fuel of coal. As Trevithick substantially improved the efficiency of steam power a century later, thus demonstrating to the world the enormous potential of engines, this inadvertently served only to enhance the steam/coal equation itself. Historically, it was the profits from Cornish tin and copper mining (rather than ‘coal money’) that financed the critical early developments of steam power, and the Cornish had no special alliance with coal. Had the tiny peninsular of West Cornwall with its rich deposits of semi-precious metal ores been surrounded by forest rather than ocean then the story may have been a little different. However, this was not the case and the concept of small yet efficient wood fuelled steam power has, for far too long, been overlooked as an ecologically benign alternative energy technology. 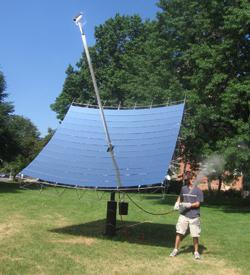 Whilst we aim to focus on the development of ‘small’ steam power for use with wood-fuel, there are still other avenues of renewable energy that our work may also apply to, and these include small-scale geothermal and solar steam.